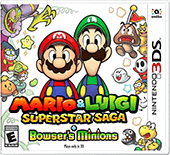 This must be the strangest entry in this top 5, but we have to admit that we have had some great fun and hours of gameplay with this handheld Mario Bros. game. It is different and refreshing to see Mario and his brother Luigi in a RPG game, but they do not tend to lose their humour, nor do they lose the witty difficulty level of previous Mario games, because the difficulty level is challenging as can be, but in a good sense. We like this game because it feels as a reinvention of the Mario games we all came to play and love without losing the spirit of these Mario games. The way this game is set out to be played is an achievement on itself from Nintendo, so keep them Mario RPGs coming, as long as they are as good as this Mario game! Want to read more about this Mario RPG? Sorry Battlefield 1, but even you could not get us fully in the war zone gaming mood, the mood we were looking for in video game land! The fans of the war game genre can feast on Call of Duty WWII’s intense gameplay, more than mesmerizing graphics, and the intelligent game modes that this game has to offer. The Second World War has never been as life-like as in this game, from the single player mode to the multiplayer mode, everything is developed with a great sense of detail and strategy, that just plays out great. The Call of Duty game franchise almost met its untimely demise when all previous games had a storyline in the future, but luckily it redeemed itself; this time around we go into war during 1940-1945, and we are foreseeing a positive future for the Call of Duty videogame franchise! 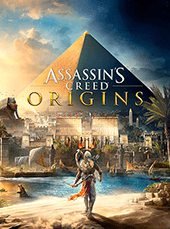 After quite some rumours and leaked screenshots it was revealed that the newest addition to the Assassin’s Creed legacy would unfold in Ancient Egypt. We immediately got excited when this news reached us! All our expectations and more were met when we actually got to play the game for the first time during Gamescom 2017. Most of our colleagues play this game at home and during our office breaks, and sometimes we are so impressed by the graphics of Assassin’s Creed Origins that we are just looking around for a while just to take everything about this game in, because the graphics and gameplay are pretty intense. Each and every detail of this game is spot on, and gamers will be emerged in the ancient country of pharaohs and complot theories to grab the power in the ancient world. Each and every mission makes you want more; the additions to the gameplay of the original Assassin’s Creed franchise are programmed so well that the replay value of this game is enormous. In short, because of this game we walk around like an Egyptian during lunch breaks! The combination of humour, fluent gameplay and super heroes is what makes this game kick *ss! You can choose from an elaborate range of Marvel super heroes, and you can engage them in fights against the greatest and most colourful Marvel villains. We have played and laughed with this game for several great hours, but we have to admit that the more we play this game it funnier it becomes, and replay value is one of the core features a game should have. We hear the naysayers think: “LEGO is for Kids!”, but do not forget that, just like in the LEGO movies, this LEGO game is also for grown-ups, because some of the puns in this game are meant for adults, so this game offers something for both age categories. Game on, LEGO! Yes, as expected, we are also surprised ourselves, but we have chosen FIFA 18 as our pick for the top spot in our list of the best games of 2017! From the versus matches that play fluent and easy when it comes down to their gameplay, and the multiplayer matches that play just as fluent and intelligent, everything is adding up to greatness in FIFA 18. More than ever the players in this game look photorealistic, but also the gameplay of each and every famous soccer player influences the way you use the controller of your console or the controlling devices of your PC. FIFA 18 has really earned the no. #1 spot, because it even engages gamers who do not really like soccer, but they sure do like FIFA! We hope that EA Sports will continue their winning streak for a long time when it comes down to the FIFA franchise, because it is sublime. FIFA 18 simply rocks!