We just have to wait a bit longer and then we can finally play the chaos and destructive powerhouse Doom Eternal. Marty Stratton the executive producer of Doom Eternal tells us that the game would be more extensive than the Doom of 2016. So more levels and locations translated into longer playing time. The estimate is that the average hardcore player needs 25 hours to get through the campaign. That's about 3 hours more than its predecessor.

The game begins when earth is flooded with troops of the Demonic King Novik. It is immediately clear from the start that more locations have been added, you end up on Mars as on Earth and Hell. Not to mention that Heaven and the cold north are also among the new locations. In between the chaotic battles and insanely beautiful views, you will have cutscenes, which tell you the lore and the story around what happened. You can choose to listen attentively, but skipping and immediately throw yourself into the gore, blood and adrenaline battles is also an option. What makes Doom Eternal different from other games in general, is that you often start as an underdog, which then becomes one of the most feared opponents. In Doom Eternal you are already a famous hero and you are known for your relentless fighting spirit that tears everything in half, stabs, burns, freezes or blows bodies up with hand grenades, rockets and bullets. You are the Doom Slayer!

The developers of Doom Eternal give players an extra option during battle, namely the ability to climb up a wall and jump on your enemies, to then to proceed to split his skull. Be careful with jumping, of course, because there is a chance that you'll fall in the pit just like that. So collect extra lives that you will find along the way, you’re going to need them.

So when it comes to level design, necessary adjustments have been made to make you the player jump from wall to wall, make sure you have enough speed! Speed is key to not fall to your death. The Doom development team has made sure that players are stimulated to change weapons. Each blaster, laser, bazooka or machine gun has its advantages and disadvantages. For example, strong enemies have been given a weak spot, to add more tactics when in a firefight. For example with the Arachnotron you can shoot off the turret or with the heavily armoured Cacodemon you can throw a grenade in his mouth. In this way you can devise a strategy for each enemy.

The expansion of your arsenal

The development team also saw that improvements could be made to Glory Kills. They saw that the idea behind the Glory Kill introduced in Doom 2016 was well received, but was not optimal developed. In the end, in Doom 2016 you had so much ammunition and medicine on the ground because of Glory Kills that it became too easy for the player. This was finally changed in Doom Eternal, so you now have access to armor in addition to the medication and ammunition. Do you need medicine and ammunition? Then use the Chainsaw to cut your enemy into pieces, but if you need armor you'll have a new weapon in your arsenal called the Flame Belch, a flamethrower mounted on your shoulder that can burn your enemies. And when your enemy is burned out, you can easily use his armor. In short, you choose the type of Glory Kill you need at that moment.

Speaking of your arsenal of weapons, the Meat Hook is a fine addition to your shotgun that lets you draw enemies towards you or hurl yourself towards enemies. Useful for flying into your opponents and then perform Glory Kills. And then there's the new tool called the Blood Punch. A powerful melee attack that will knock your opponents over, the Blood Punch is so strong that you can't always perform it. You've got a meter to fill with Glory Kills, when it's full you can use the Blood Punch. 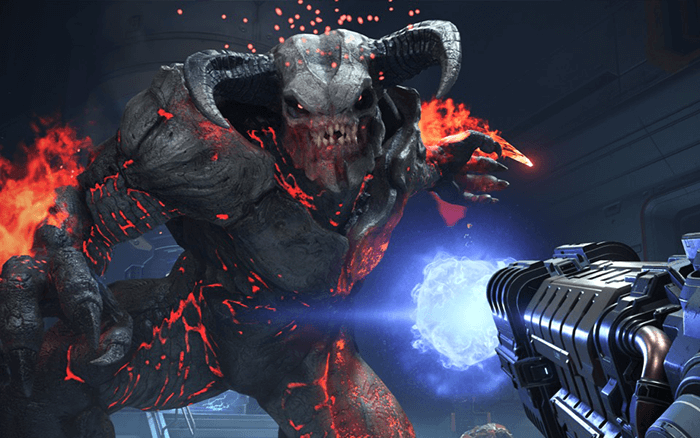 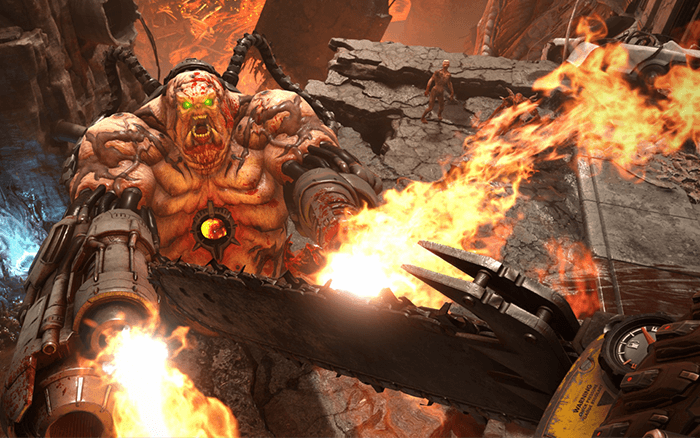 The Doom Eternal Runes and Crystals

Finally there are Runes and Sentinel Crystals. Both items you can collect to customize your Doom Slayer. Runes improve your properties, but be careful what you choose to improve you only have a limited number of slots. There are nine Runes you can collect, but you can only use three at a time, unlocking the second and third slots later in the game.

The Sentinel Crystals give you a permanent upgrade like the standard Health and Armor boost. Or you can upgrade the Flame Belch with Demons dropping better stuff more often as an example. So it's entirely up to your playstyle where the upgrades go to.

*Doom Eternal is available on PlayStation 4, PC, Xbox One and Google Stadia. If you feel like this game is worth playing, consider getting a gift card to buy the game right away from the Xbox Store, PlayStation Store, Google Play Store or Steam.
Back to overview