The E3 is in full swing and many new things have been announced from the big boys. So many announcements, where do we start? Read the most important updates here.
UPDATE: 13-06-2019

There was an update for FIFA as well, during the E3. The arrival of FIFA 20 brings great changes and improvements, or so they say. Positive responses emerged from the game community when game was available to try (a part of the game at least). The game plays smoothly, passes are better and more natural, defending has become more challenging and attacks have also been made a bit more realistic. A new element in FIFA 20 is VOLTA football. This mode was not yet playable, so we will have to wait a while to experience the VOLTA mode.

Microsoft continues to grow and focus on games and consoles

Microsoft continues to grow more and more and that will only increase exponentially in the coming years. Games will have the focus, with a variety of genre, format and content. For example, AAA games will appear, but there will also be enough indie games for the fans.

More games will follow, Nintendo says, and we can’t wait to try them all!

During the E3, Microsoft put the Xbox Game Pass Ultimate live! This new Microsoft Xbox product is a subscription where you have Xbox Live and Game Pass in one. You can play online multiplayers and you have access to more than 100 games. So you get the best of both worlds, right?

Do you want to try out the Game Pass Ultimate right away? You can buy the subscription temporarily for 1 euro (psst, this product will soon also be available with us).

Now that everything is clear about Stadia, it is a logical step for Google to collaborate with as many publishers as possible. Ubisoft indicates to enter into a partnership with Google. Although this is in our eyes a bit disappointing. Even with a Pro Google Stadia subscription, you still have to buy the games. And with the Basic subscription, you will not be able to play games in high quality. 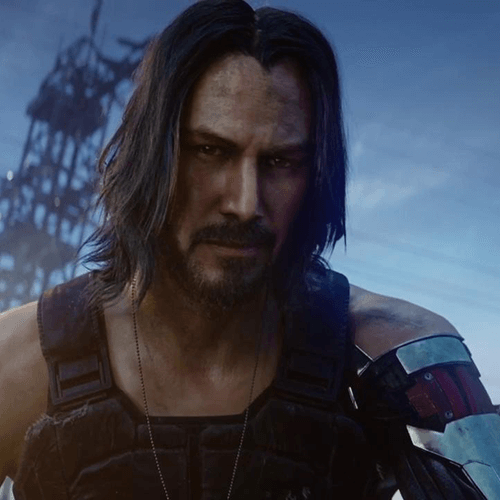 After Keanu’s appearance in the E3, we are officially hyped for the new Cyberpunk 2077. Because it is...breathtaking! When Keanu made an epic entrance at the E3 stage, the audience went crazy. Just like Keanu says: "I am drawn to fascinating stories."

Do you want to pre-order this game? Check your credit quickly and top it up with new Xbox credit if necessary;).

The game that had high expectations in the beginning, but ultimately offered too little content and challenges for many players. So it was a surprise to us when they announced that a Battle Royale mode from Fallout 76 will come out. We’re not kidding, Fallout 76 is getting a Battle Royale version! Maybe in this way they try to respond to the Battle Royale-hype on the one hand and on the other hand they want to compensate for the players who were so looking forward to the long-awaited game.

In this Battle Royale, called Nuclear Winter, 52 gamers play against and / or with each other. Colours in the trailer shows us that it might be possible to play in a team. A free update of this expansion will be available this fall.

Bethesda showed Orion streaming technology for the first time during E3. Since Google Stadia, other game companies are motivated to come up with a stream service as quickly as possible, so it is not very innovative. However, Bethesda does not have its own platform so it is quite exceptional. Bethesda focuses on new content and also shows where their ambitions are in the field of streaming. What else does this mean for gamers? Are games from this publisher only available through Orion? When all publishers adopt these ambitions, it seems to be a little overwhelming for the gamers. After all, who will purchase a streaming service from only one publisher? We shall see.

The games of Square Enix

The black sheep of the FF family finally got some love during the E3. Square Enix has announced that the Remastered version of the often ignored Final Fantasy VIII will be available later this year on the PS4, Switch, Xbox One and Steam!

In addition, a remake of FF VII is on its way! Many fans have been waiting for this and Square Enix has indicated that the release will be in March 2020. However, it is not yet clear whether a complete game will be released or whether it will be played in parts. Who still knows the Crystal Chronicles? A game that came out for the Gamecube also gets a new layer. In addition to the upgraded graphics and some tweaks, the remaster also comes with an online multiplayer mode.
In addition to all the Final Fantasy hype, they also make Marvel fans happy! During the conference, they said they were developing a game from the Avengers. There would be possibilities for co-op, a completely original storyline with all known environments, heroes and iconic moments of cinematics. It looks promising for Square Enix, they have set the bar high. Release is scheduled for May 15, 2020.
Back to overview