On September 30th 2022 the annual soccer game “FIFA” will be released, and this time around the name of the game is “FIFA 23”. In this blog, that will be updated whenever there is news to share, we inform you about the game FIFA 23. What is different and what remained the same? You read all about it in this blog!

The end of an era

“FIFA 23” means the end of an era, because EA Sports and FIFA have ended their collaboration. According to rumours the reason for it all is that EA Sports has different opinions than FIFA when it comes down to the future of the long-running game series. The name “FIFA

In FIFA 23 new elements were added to the mix of an already great soccer game franchise. Below you can find an overview of the new elements we know about so far. 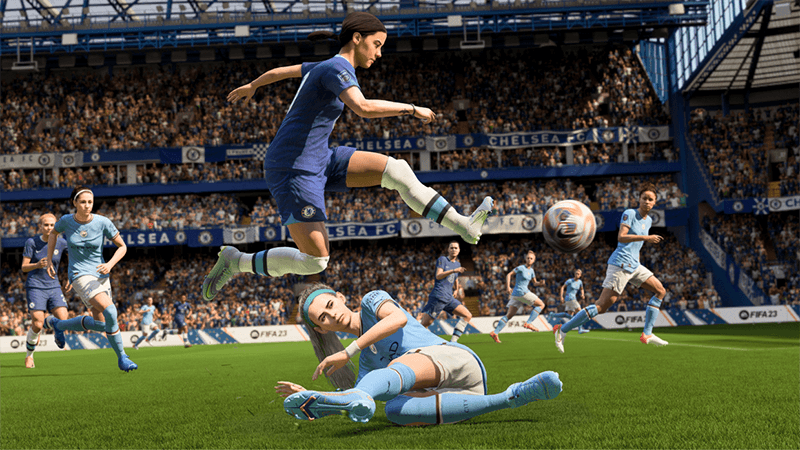 In FIFA 23 women’s soccer finally is a playable option! Choose out of a wide range of female players and teams in this new version of the FIFA games. The English as well as the French women’s soccer league can be played. On top of everything, a female soccer player is featured on the front of the game boxes and in the artwork of FIFA 23; this female player is Sam Kerr, who plays for Chelsea FC.

EA Sports added “Hypermotion 2” technology in FIFA 23; this technology ensures realistic motions when it comes down to all soccer players. This new edition of FIFA has 6,000 realistic recorded movements; in comparison, FIFA 22 had 4,000, so everything looks even better than last year. Expect a great upgraded version of the FIFA games you came to love.

This edition of the FIFA games will have a World Cup mode that will have the same outline and content as the FIFA 2022 World Cup in Qatar, which will start in November. In this regard, a men’s as well as a women’s cup can be played.

The Career Mode of FIFA 23 has always been a unique part of the FIFA game franchise, mainly because it gives gamers the right mix of the best results in the game and the desire to progress as quickly as possible to big important games, such as: finals or promotion play-offs. That is why two years ago the "Interactive Simulation" was introduced into the Manager's version of the Career Mode; together with this addition, the makers of this football game want to give the game more depth.

Divide your attention, time and focus in each part of the soccer season you play, one match at a time. A new gameplay format has also been developed specifically for Career Mode, called "Playable Highlights".

In Playable Highlights, you take control of key moments during matches in an attempt to influence the outcome, particularly the handling of any close calls that affect the score, while the rest of the match is simulated by the FIFA 23 game engine.

How does Playable Highlights work?

The FIFA 23 developers implemented an in-depth background system that evaluates opponents before each match and takes into account their offensive and defensive strengths and weaknesses based on the football players in the line-up and their statistics at the time within the season being played. Team-ALG, overall fitness, sharpness and morale are all included in this mode of the game.

FIFA 23 uses all this data to generate the number of scoring chances each football team has and spreads them out over the entire match. Each scoring opportunity triggers a match highlight, allowing the player to take in-game action to either turn a potential goal-scoring opportunity (offensive highlight) to their advantage or prevent the CPU-AI from doing the same (defensive highlight). How cool is that!

The highlights themselves are diverse with regards to types and positions on the football pitch and simulate the various situations you may encounter in normal matches. They range from typical positional attacks to counter-attacks with a solid numerical advantage, solos and even dead game moments, including free kicks, corner kicks, penalty kicks and even throw-ins. In Playable Highlights, you see everything you would normally expect to see in a match, but with less time to influence the final outcome, so you really need to make the most of your chances to be successful.

With Playable Highlights, the creators have turned the game into an intense experience, allowing you to navigate through seasons of play while staying focused on the games you care about most, without giving up on the results you get along the way. This new mode is available alongside all previous match progression options, so you can still choose to play the full match or Sim to the end, or choose to use the Interactive Sim.

In the Manager's Career mode, you can play all Playable Highlights in a match, or play only the offensive highlights by letting the simulation determine the defensive results. In this way, all your gameplay focus can be on the offensive aspect of the sport.

Playable Highlights of the Player's Career mode resemble a full match and have two different options: they control the entire team or just the player you started Career mode with. If you choose to control only your player, the system only displays the highlights in which the player is actively involved, while other highlights are resolved in the background. 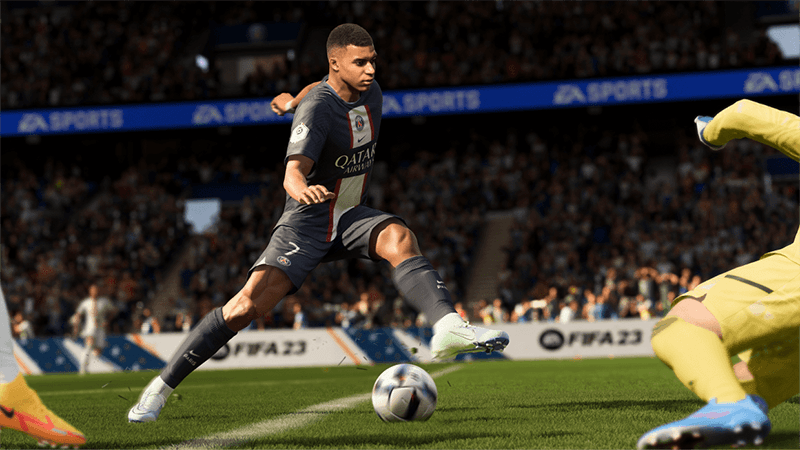 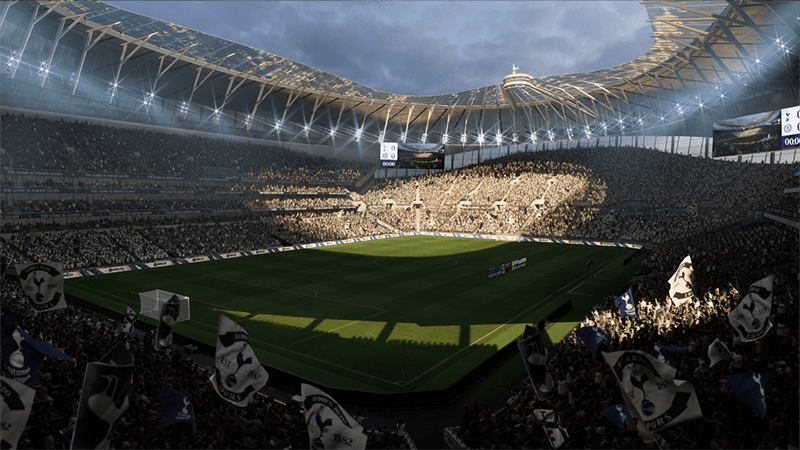 Be aware: In case you are the owner of a game PC, and you want to play the game FIFA 23 while using cross-platform play, you can only do it when you connect with a Xbox Series X/S or a PlayStation 5. Gamers that own a Nintendo Switch CANNOT make use of cross-platform play.

Is there more than one version of FIFA 23 available on the day of its release?

At the moment of the release of FIFA 23 there will be multiple editions of FIFA 23 available for multiple different gaming platforms. Every edition has its own content. Hereby a list of the contents per edition:

Who are the main commentators in FIFA 23?

In FIFA 23 the main commentator is Derek Rae, although this might only be for the English-language version of the game. Rae is a soccer commentator for the sports channel ESPN, and he mainly focuses on covering the Bundesliga. Next to this, there is Stuart Robson, he also works for ESPN, and there is Alex Scott, a former English international female soccer player.

Does Gamecardsdirect update this blog whenever there is new information?

Yes, we do upgrade this blog as soon as there is new information available about “FIFA 23”. Make sure to check our pages and social media ever so often.

How can you pre-order this game?

You can pre-order this game with PlayStation, Nintendo, Steam or Xbox credit that you can buy at Gamecardsdirect. Below you can find a list with handy links of where to find the credits for each type of console.

Where do I pre-order this game for my favourite game console?

You can pre-order this game by buying a sufficient amount of credits for your console. Of course, the easiest, fastest, and most secure way to buy credit is in the webshop of Gamecardsdirect. Order your credits today to pre-order the game FIFA 23 on the page of your console, like: Xbox, Nintendo, Steam and PlayStation. 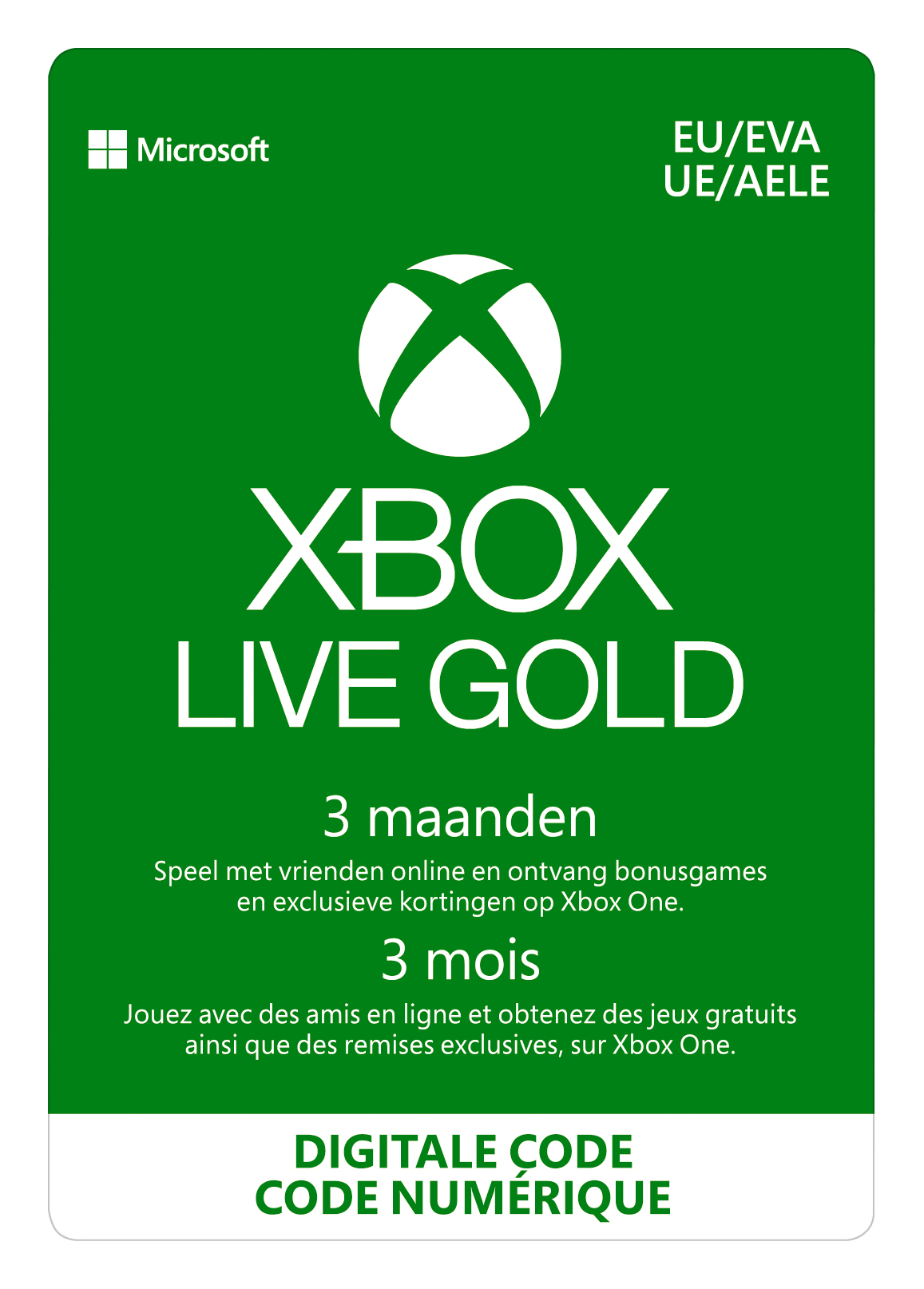