In the movie, that was released in 1982, with the name “Conan the Barbarian”, the Atlantic Sword was mentioned for the first time; at this point this object is a cult phenomenon, and has been the base on which more than one Conan story has been based. In Conan Exiles this sword is back, and this time around it will once again slay your enemies!

Conan Exiles is a game that can be best described as a survival-game, that unfolds in a gigantic open-world with the well-known Conan setting as its backdrop. You will need to survive in this game in order to end on top. You will need to survive in a world of chaos and destruction, you need to build your own kingdom, and you will need to fight enemies during legendary wars. In the game Conan Exiles you start of with nothing but your bare fists, but during the game you will create your own legacy. There are many RPG-elements in this game, because you start of with building a small house, but soon you will start with building large-scale fortresses, and after that whole cities. You can go to war by using brutal swords, bows, and weapons. You can also summon huge avatars of the gods, and you can make sure that hostile cities will burn to the ground. The playground that is Conan Exiles is gigantic, and this whole world can be explored by you, and it is up to you to explore its possibilities and challenges. Other RPG-elements are hunting animals to obtain items, you can slay monsters, and you can even discover remains of other civilizations. 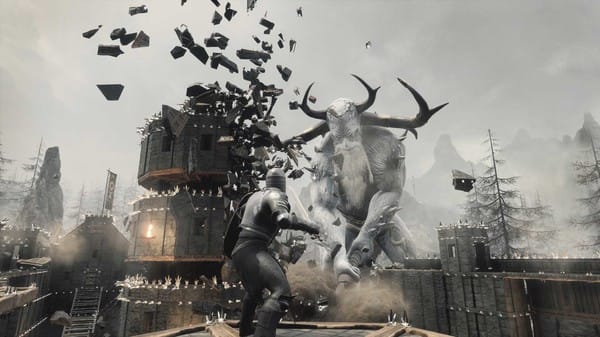