A mysterious world in Kirby and the Forgotten World

Riches in color, wonders, wilderness, and Waddle Dee's in Kirby and the Forgotten World. Kirby has a flair for inhaling air, so the work is cut out for him when he arrives in an unknown land where he discovers that the Waddle Dee's have been abducted en masse by the Beast Pack! Join Kirby and Elfilin, whom he meets along the way, on a journey to rescue his friends!

A new Kirby adventure awaits you on March 25, 2022. Use Kirby's versatile skills to defeat enemies and make your way through the vibrant 3D worlds, where ruins remain from an ancient civilization. Nature has overgrown everything. To save as many Waddle Dee's as possible, Kirby must comb through every nook and cranny of the levels, reaching the end of each stage. 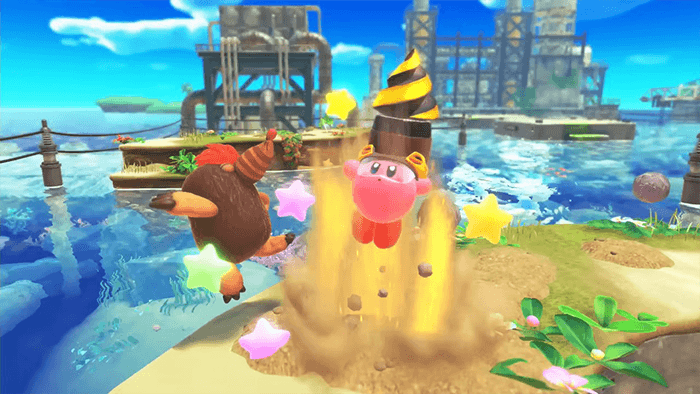 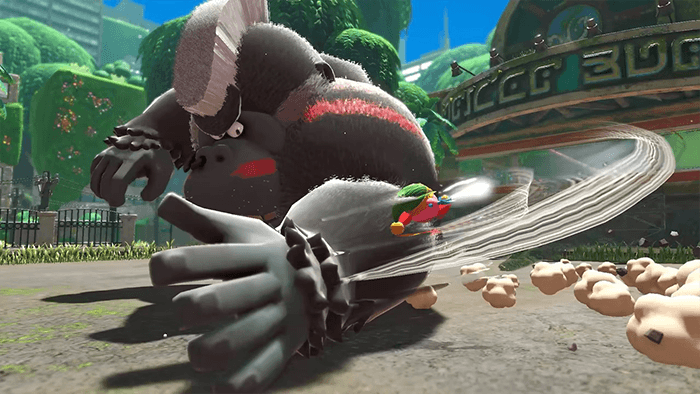 The Beast Pack provides new challenges, where Kirby's ability to copy enemies and things comes in handy. A new arsenal of powers, such as the Drill and Avonturier copy abilities. With the Drill, you disappear underground and deliver a blow to the enemy from below. With the Adventurer copy skill, Kirby can target enemies from long distances.

Play in pairs in Kirby and the Forgotten World!

The best thing about Kirby and the Forgotten World, is the co-op feature. Team up with a second player, who appears on screen as Bandana Waddle Dee. Hand the Joy-Con to your partner who can jump in at any time to help you out! Bandana Waddle Dee can use a variety of attacks using his spear.

When going online, you can even view other players' progress, such as the number of Waddle Dee's courted worldwide and the most popular copying skill at the time.

Kirby and the Forgotten World also introduces the Waddle Dee village. The Waddle Dee village functions as the central base of operations during your adventure with Kirby and is further developed as you save more Waddle Dee's. Stores and favorite games of the townspeople become available. Kirby can even do his part by helping out in the Waddle Dee cafeteria. Keep customers happy by providing quick service and preparing orders.

This year also marks the 30th anniversary of the Kirby series - those who want to share in the party atmosphere can download a desktop background here: http://kirby.nintendo.nl.