In May, 2021 the game “Warhammer Age of Sigmar: Storm Ground” was released. This game can be played in a single-player as well as a multi-player mode; of which the latter you can also play online. The game is a turn-based strategy game.

Based on the Games Workshop game

Storm ground is based on the popular Age of Sigmar game that can be played in all well-known Games Workshop stores. This game is a new version of the Warhammer board game. In all Warhammer games players can choose out of different factions: In this case the Nighthaunt, Stormcast, and Maggotkin. This game also has cards that you can collect in every battle you are part of, and you can also obtain new skills, units, weapons, and armor.

For all video game consoles and PC

The game Warhammer Age of Sigmar: Storm Ground will be released on PlayStation 4 and 5, Xbox One and X/S, Nintendo Switch, and PC. Good to notice is that the game will not have any graphical improvements for PlayStation 5 and Xbox X/S. This is a shame, but because of the nature of the game, this concept might be understandable. We know for sure that this game will be legendary, as other Warhammer games are as well. We, at Gamecardsdirect, are looking forward to this upcoming Warhammer game. 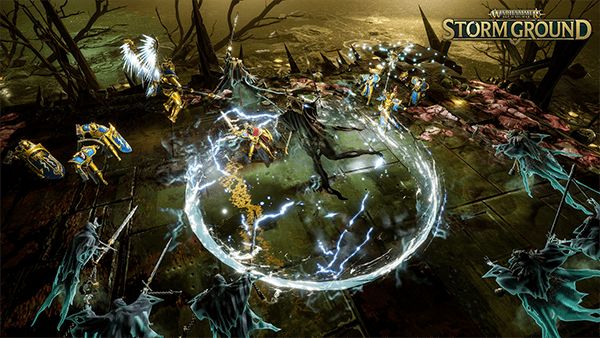 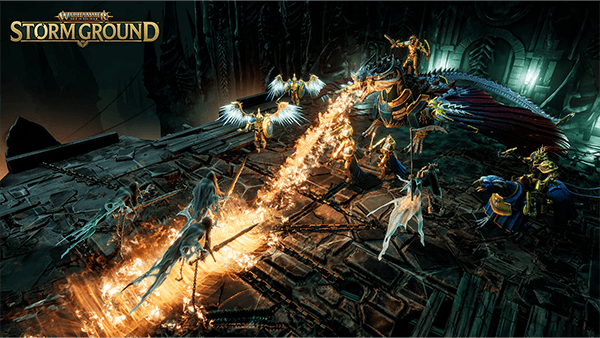 There will be a sequel!

Rumor has it that Frontier Developments is working on a sequel to Warhammer Age of Sigmar: Storm Ground. This game will be released in upcoming April or maybe in 2023. This is unclear for now.

Buy this game with a gift card from Gamecardsdirect

You can buy the game Warhammer Age of Sigmar: Storm Ground for Xbox, PlayStation, Nintendo, and PC (Steam) by buying a gift card for your favorite console or PC at Gamecardsdirect. Have a look in our webshop to buy the gift card that fits you best.