A new year, a new you. Or in most cases, you and your colleagues. A new year symbolising a new beginning, a fresh start. Perhaps you haven’t been on the same page as a colleague, or maybe your team lacks an emotional connection. Well, what better way to learn how to work together than with games? As we are a small team ourselves (and work in the gaming industry), we know just which games you should play to better your teamwork skills and lift your team spirit. Most of these 5 local multiplayer games can be played with a maximum of 4 players. But hey, learning how to share is also essential!

Disclaimer: Gamecardsdirect cannot be held responsible for any office fights. 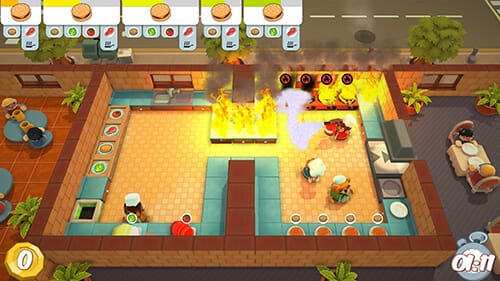 Overcooked is a great way to test your teamwork skills. As you work together in a kitchen, your goal is to serve as many dishes as possible. This, of course, requires good task division and execution. One lays out vegetables, one cuts them up into pieces, one prepares the food and one serves out the finished dishes. Oh, and you also need to wash dishes and make sure your kitchen doesn’t go up in flames! Sounds like a challenge, right? Well if you come up with a good plan, and maybe appoint a general manager, surely you will succeed after a few tries... 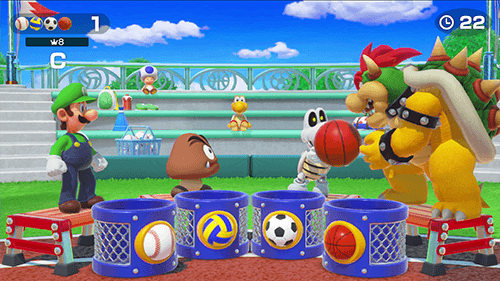 For those who had a Mario Party game on a Nintendo console as a kid, this game is a real treat! But don’t let your nostalgia get in the way of the main goal; working on your team building skills. Though Super Mario Party on the Nintendo Switch has several game modes where you play against each other, you can opt for River Survival! The four of you will have to raft along a difficult and sometimes dangerous river in unison. On the way, you will try to hit as many balloons and play minigames to extend your total time. Teamwork is once again important during these minigames. And don’t forget the team high-five! Frantics is a competitive game, so it would be better if your team has already established some team spirit. Swipe, tilt, shake, flick and snap your way to victory with your smartphone and collect as many crowns as you can. The host, a scheming fox, will be sending secret messages to spice things up, but don’t forget that it’s all just a game. Your patience and forgiveness will be tested but will help your team overcome disagreements in the end. 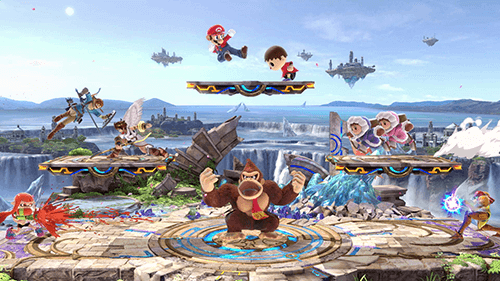 Although any Super Smash Bros. game can become really competitive, it’s such a fun game to just watch your colleagues play. And if you have more Nintendo joy-cons, you can play with 8 players! Super Smash Bros. Ultimate is all about fighting with the best characters and making sure your opponents’ health reduces and sending them flying off the stage. Though it can get a bit heated, with this game you will have a good laugh and create some hilarious memories with your colleagues. Cheer on your teammates and don’t lose your cool if King Dedede smashes you with his big hammer.

Everyone likes a good game of football with rocket-powered cars, right? Rocket League is a fun team-based game during which you have to score as many goals with the giant football in the arena. Communicate with your team member and strategically take over the match. This game is also great if you only have time for a few quick matches during your lunch break.
Back to overview