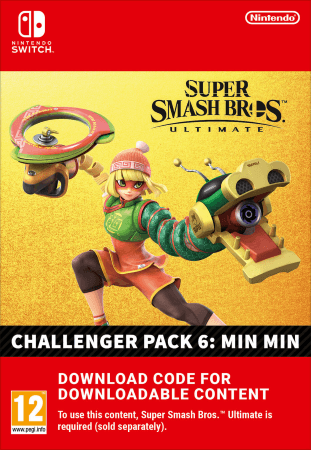 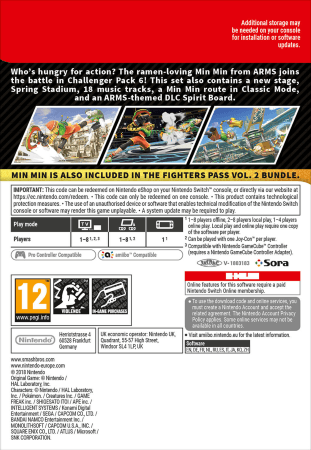 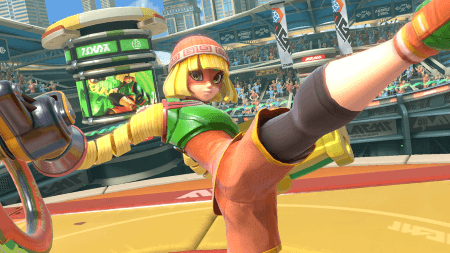 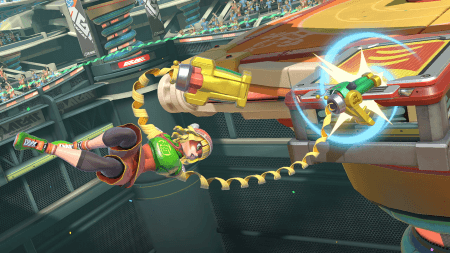 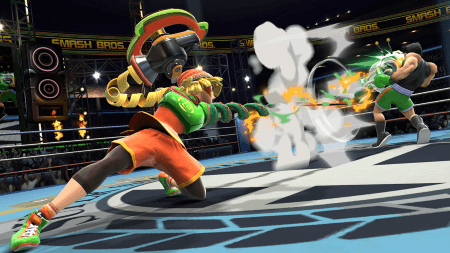 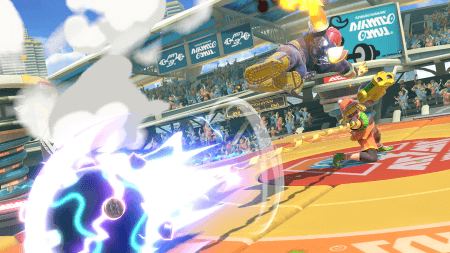 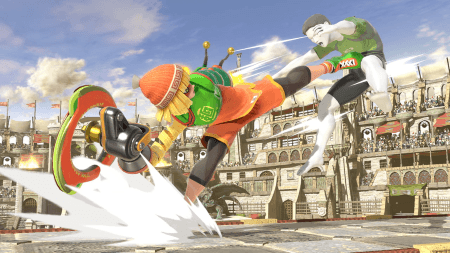 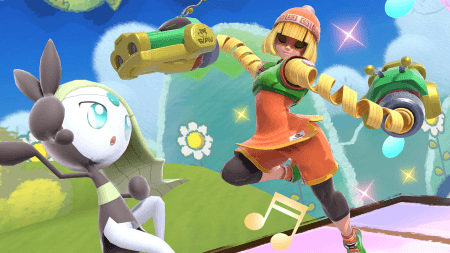 Min Min, the Ramen Bomber from ARMS, is now available for Super Smash Bros. Ultimate! She changes between three long-range ARMS at lightning speed. Her stage is Spring Stadium! During the fight, make use of the trampolines and the drones that drop items for her. The music consists of the original songs that accompanied the various levels in ARMS, as well as a remix of the catchy title song! You might even discover some new favourite tracks.

Every game has its own genre(s). That way you know what to expect from the game. Super Smash Bros. Ultimate is a fighting game, rated PEGI 12.

Craving for action? Min Min from ARMS joins the battle with the new Challenger Pack 6! This new set also contains the new level of Spring Stadium, a Min Min route in Classic Mode and a special spirit board with the DLC spirits of ARMS.