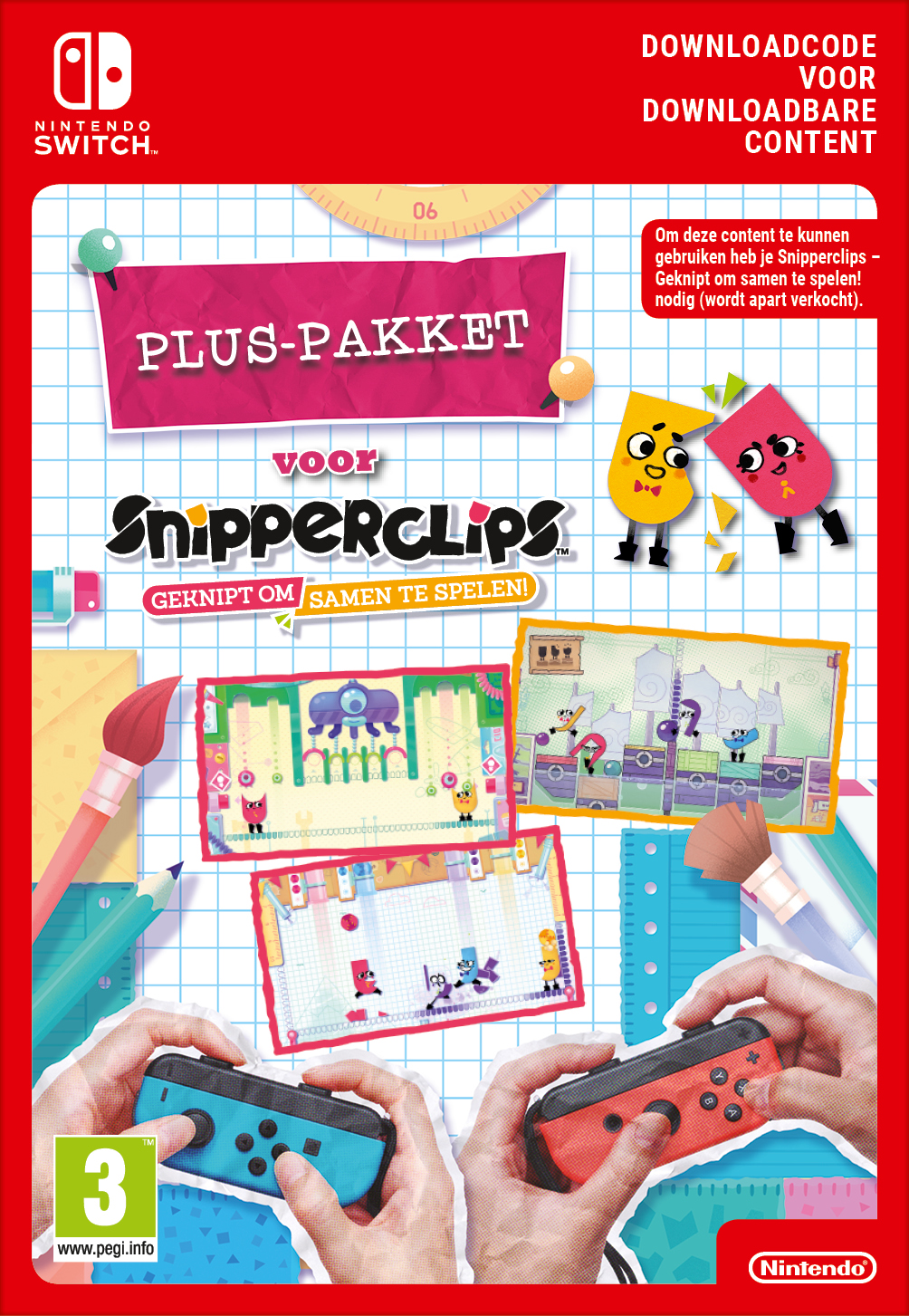 What is the Snipperclips Plus Pack?

With the Snipperclips – Cut it out, together! Plus Pack, you get even more gaming content for the best couch co-op puzzle game on the Nintendo Switch. Snip and Clip’s puzzle adventure is expanded with 40 new levels and a new feature to replay levels. In total, there are 100 unique puzzle stages to complete with the Plus Pack, and every level requires a different approach. Play by yourself or together and cut the right shapes to solve the puzzle! For this DLC, you do not need the original game Snipperclips – Cut it out, together!

Would you like to purchase the original game? Click here to buy the digital game in our webshop.

What do I get with the Snipperclips Plus Pack?

With the Snipperclips Plus Pack, you will have extra levels and new features on top of the original game content:

How do I redeem a digital Nintendo Switch game?

Redeeming a digital game on your Nintendo Switch is really easy and can be done quickly. Follow these steps as soon as you receive your code to start playing right away:

There are reams of new content in Snipperclips Plus – Cut it out, together! This expanded version of the game packs in all the paper antics of the original, plus more.

If you already own Snipperclips – Cut it out, together!, you can purchase the new Plus content as DLC in Nintendo eShop.

Two new worlds await! Cosmic Comics takes Snip and Clip to a comic book land, while imagination and creativity are the best tools for the job in Toybox Tools. With an extra 40 stages, there are now more than 100 unique levels to enjoy!

A new feature lets you replay all of the original stages in a brand new way: you start with one of many random body shapes that will require some hilarious new approaches. Take on puzzles again and again using unique shapes!

Stamp pictures using Snip and Clip to create masterful artworks! Take screenshots on your Nintendo Switch and share them with friends via social media when you're done.