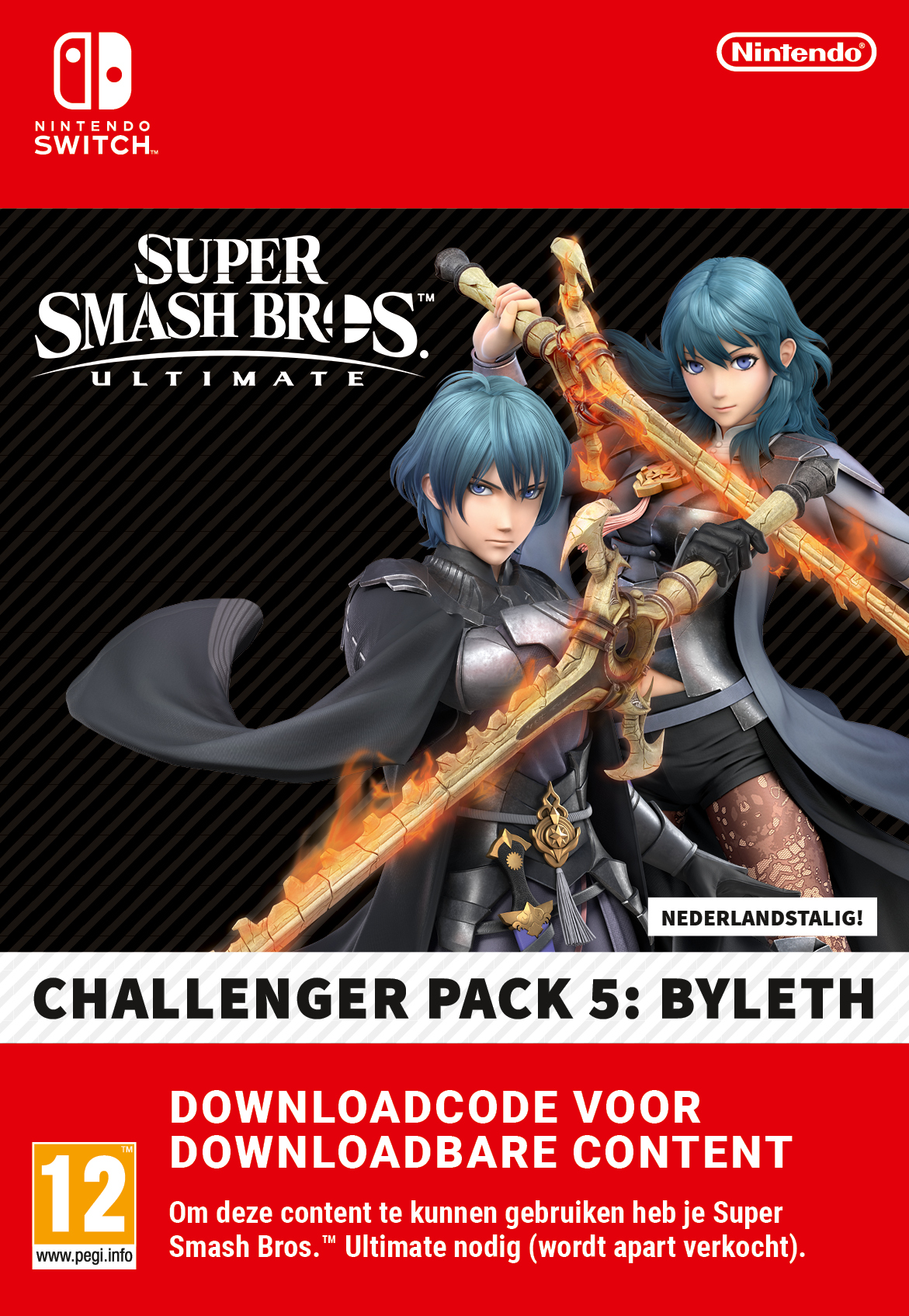 Super Smash Bros. Ultimate: Byleth Challenger Pack 5 for the Nintendo Switch. Gamecards Direct is available 24 hours a day, 7 days a week for all your digital games and gift cards. All our products are fully authorized and offered with the full support of the publisher or developer. Would you like to order this product? Select one of our many payment methods and after your payment you will receive direct the digital code in your email.

Each game has a genre and usually a number of subgenres, so you know what to expect from the game. Super Smash Bros. Ultimate: Byleth Challenger Pack 5 for the Nintendo Switch contains the following elements:

Are you the next terminator, destroying everything in your path? The bullets are flying all around you, explosions left and right but you have to continue running towards your goal! Enter into fierce firefights and exciting missions with only one goal to eliminate the competition. If you need some adrenaline then this is the genre you're looking for!

Do you have any questions?

Check our FAQ, here you will find the answers to frequently asked questions.

Byleth from Fire Emblem: Three Houses joins the battle! Both the male and female characters are included. Use Byleth's sword, axe, lance and bow to teach your opponents a lesson! Take the battle to Garreg Mach Monastery, where Byleth resided as a professor in their original game. The stage will cycle through four different locations, including the marketplace and cathedral! Several songs, including arrangements of the main theme, are included!

*1 Can be found in Vault → Sounds after purchase.

*2 Can be collected via Classic Mode or the Shop on the Vault menu after purchase.

*3 These new spirits are also available free of charge from Vault → Shop.