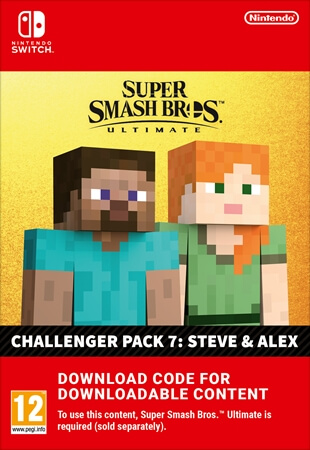 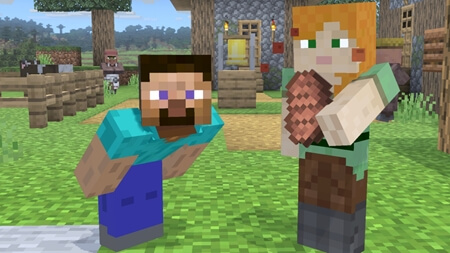 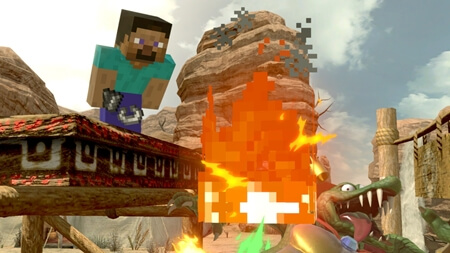 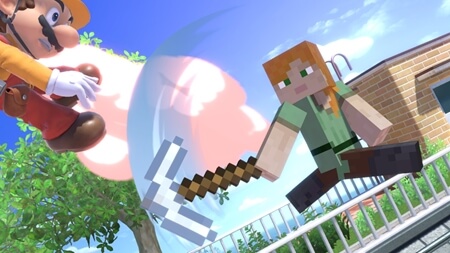 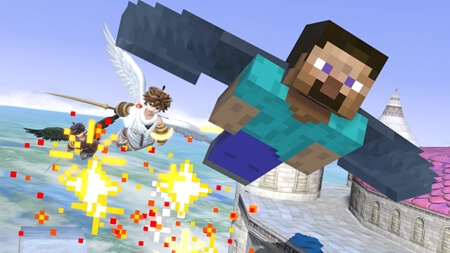 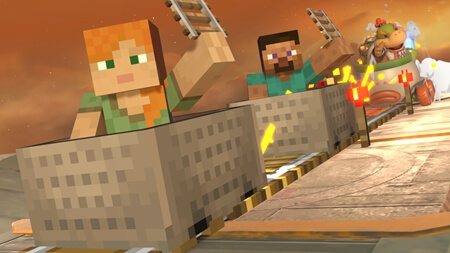 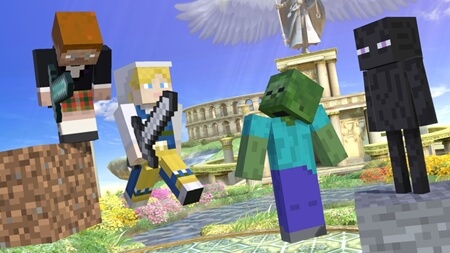 Steve and Alex from the popular sandbox game Minecraft are now joining the fight! You can also fight as a Zombie or Enderman. Use the techniques from the original game to defeat your Smash enemies: mining materials, crafting objects and even placing blocks! The corresponding Minecraft stage consists of six different environments, including the plains and snowy tundra. On top of that, there are seven tracks, most of which are special arrangements. Dig, build, fight and survive in the world of Smash!

Every game has its own genre(s). That way you know what to expect from the game. Super Smash Bros. Ultimate is a fighting game, rated PEGI 12.

Steve and Alex from the Minecraft series are joining the battle! You can also choose to look like a Zombie or Enderman when selecting your fighter. Set out for adventure on the new stage, Minecraft World; dig for materials, craft items, and even place blocks!

Travel to six different biomes in Minecraft World, including the plains and the snowy tundra. There are also seven music tracks, mainly consisting of arrangements. Mine, craft, and battle it out!

Includes: *1 Can be found in Vault → Sounds after purchase.
*2 Can be collected via Classic Mode or the Shop on the Vault menu after purchase.
*3 These new spirits are also available free of charge from Vault → Shop.
*4 Check the ''Software update available: Ver. 9.0.0'' news update for details on the new spirits.